Action on the Sanctions

Join us for a peaceful protest to take a stand against the sanctions on sole parents. 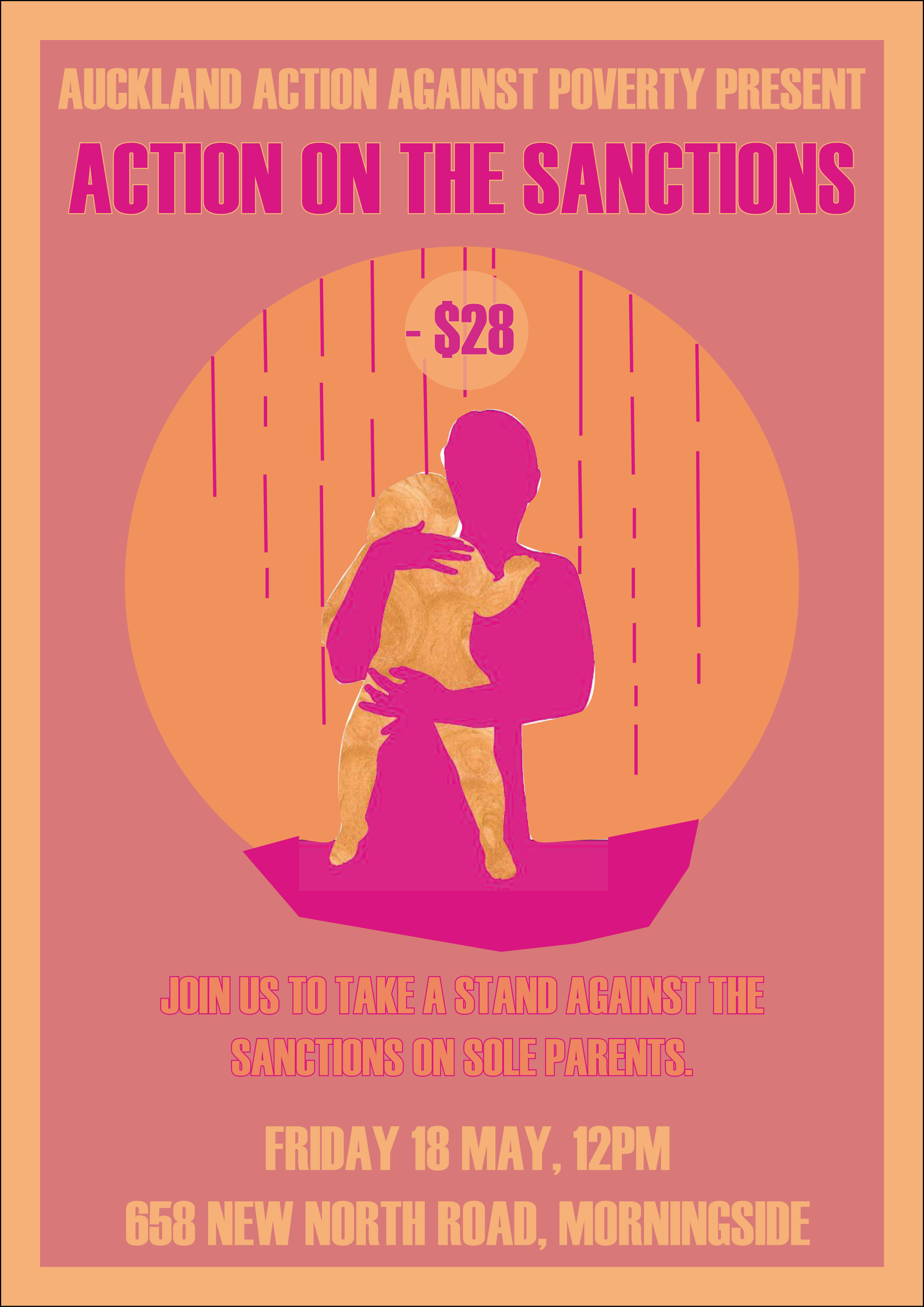 These sanctions impose a weekly sanction of $22 or more on beneficiary sole mothers who have not identified the father of their child. This sanction (in its current form of Section 70A of the Social Security Act) is putting into further hardship families already struggling to survive. Every year, $25,000,000 a year is taken from solo parents through Section 70A sanctions.

We have campaigned on this issue for years, and the Labour Party agreed to remove sanctions on sole parents if elected into Government last year. So far there has been no clear timeline or commitment on when these sanctions are going to end.

We're calling for an immediate end to punitive sanctions on solo parents. Not in a year or three years time, but now.

It will take the voices of community groups and people like you to get the Government to take action on this issue. With housing costs reaching a high and homelessness figures continuing to rise our poorest communities can't afford to be left without enough to eat and pay their bills this Winter.

We'll be meeting outside of Jacinda Ardern's electoral office at 12pm. There'll be speeches, chants, and baked goods!